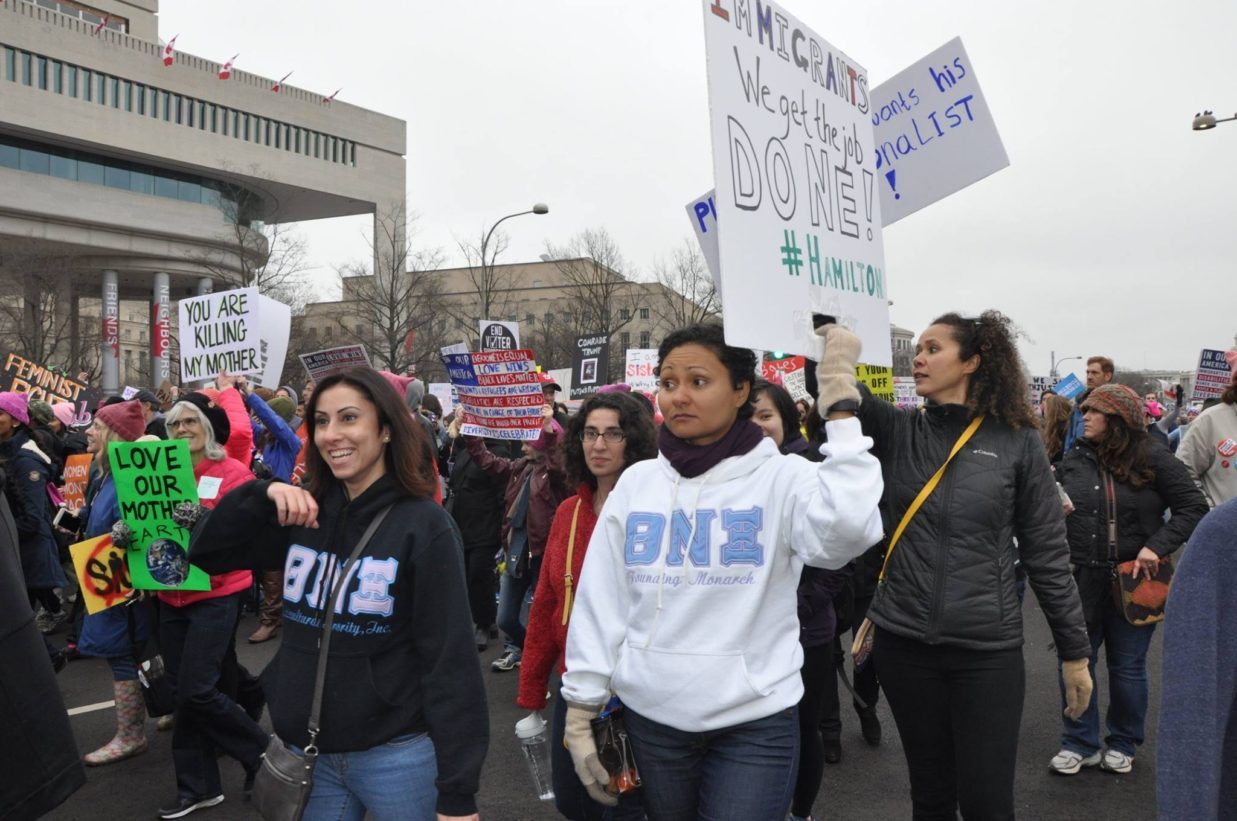 I listened to the women interviewed during the Women’s March on Washington on Saturday.  Many women expressed the sadness they felt about the political situation in the United States during and after the national elections for U.S. President.  They said they were home feeling helpless, despondent, sick with worry about how the election results may negatively affect their lives.  They didn’t want to leave their homes or visit with friends.  They cried often.

You often read my reference to Dr. Candace Pert, author of Molecules of Emotion.  In her book, Dr. Pert scientifically documents that for each emotion there is a specific substance released into the bloodstream.  Sometimes, seeing everything through a wall of despair can cause people to react angrily to the simplest of things.  Negative emotions can also cause the release of pathogens (disease causing agents).  I’ve often heard of people in remission for various diseases going out of remission after an upsetting incident.  Depending upon the disease, sometimes coming out of remission results in the person’s death.

One day, through TV, radio, church, or jobs women (and some men) heard about others who were just as concerned, just as despondent, and just as angry.  It all started with one woman stating she was going to Washington.  Word spread, groups formed.  Divisions of race, religion, age, sexual orientation, ethnicity, and even political persuasion disappeared.  The commonality of being a woman was enough to unite millions of women.  It started in the United States, but quickly spread throughout the world that women had to unite to do something.

Traditionally, most government officials who make the laws are men (not just here in the U.S., but throughout the world).  Advertisements relay messages to women that if they buy this product or that, they will look better, attract more men, feel good about themselves.  As they are now, the products imply, women are not good enough as they are.  In songs and movies, it is the men who are the heroes.  And if a woman is a hero, it is because a man is supporting her!  Men are often paid more for the same work, as they are viewed by many companies as being more valuable.  Women’s shelters are often filled to capacity due to the increases in abuse against women.  Until recently, it was common practice for school counselors to recommend higher math and science courses be taken by male students.  Once married, it is the woman who is expected to change her name, as it is felt more important that their children should have the man’s name.  Just having the woman’s name is not good enough.

Our new political situation is like the icing on the cake.  For someone who has publicly disrespected many women, and bragged about it, to be elected President of the greatest country in the world—it hurts—deeply.  Add to that our new President’s plans to decrease medical care, to separate and deport family members, to reject improving the climate in which we live, and to negate the need for wage equality that would give single mothers better choices for their children.  Anger turned inward without acceptable means to express it (especially if the anger originated in childhood) leads to depression.

During the Women’s March on Washington, no matter what group identified the women, they connected and said ENOUGH!  Each had their own deal breaker!  Speakers gave suggestions as to how they could express their displeasure, how they could make changes, and how to unite.  Each felt, they were no longer alone!

Women will meet in groups throughout the United States.  They will decrease the moaning and groaning in their private homes and get out to talk with each other.  They will support one another for political positions, giving women more representation from the local school boards to state and national political positions.  Anger and despondency has turned to determination and hope!  Instead of sitting alone at home and crying the blues, they have found a way to direct their anger.  This way has always been there, but now they can see it.  There now is motivation and support.  Negative emotions can now be replaced with constructive dialogue, planning for a better future, and inspiration!  This Women’s March on Washington gave women back their drive to achieve meaningful goals and to fight for their right to be who they are—Good Enough!